In The Warrior Maiden, the second book of the series, Andrew and Eve have just returned from their time with the legendary Robin Hood in 13th century England (told in The Saintly Outlaw). But their return isn’t easy. Through an accidental touch of the Radiant Stone, the two are transported to 15th century France. Without the Radiant Stone in their grasp, Andrew and Eve don’t know how they’ll ever return to the present. Yet they cling to the hope that they are in the past to serve a purpose. Circumstances bring them into the company of the young Joan of Arc as she seeks to fulfill God’s mission to overthrow English domination and make France’s volatile prince into the true king of France. Taken on as her “guardian angels,” the two time-travelers experience first-hand the trials and victories of the “Warrior Maiden.” At every step, they learn to trust God, even while hoping to find a way home again – and some unlikely characters may have the answer they need.

The Virtues Chronicles follows the adventures of 12 year-olds Andrew Perry and Eve Virtue as they contend with the mysterious Radiant Stone – an ancient jewel with the power to send them back in time. The legends of the Stone, and the remarkable history of its discoverer, Alfred Virtue, unfold from story to story in a series that explores the wonder of God’s universe, but the many saints and sinners who have impacted it through time.

Paul McCusker is an author, dramatist and novelist. Paul is known for his work with the popular Adventures In Odyssey series, the Hope Springs series, and award-winning audio dramas for the Augustine Institute and Focus on the Family. 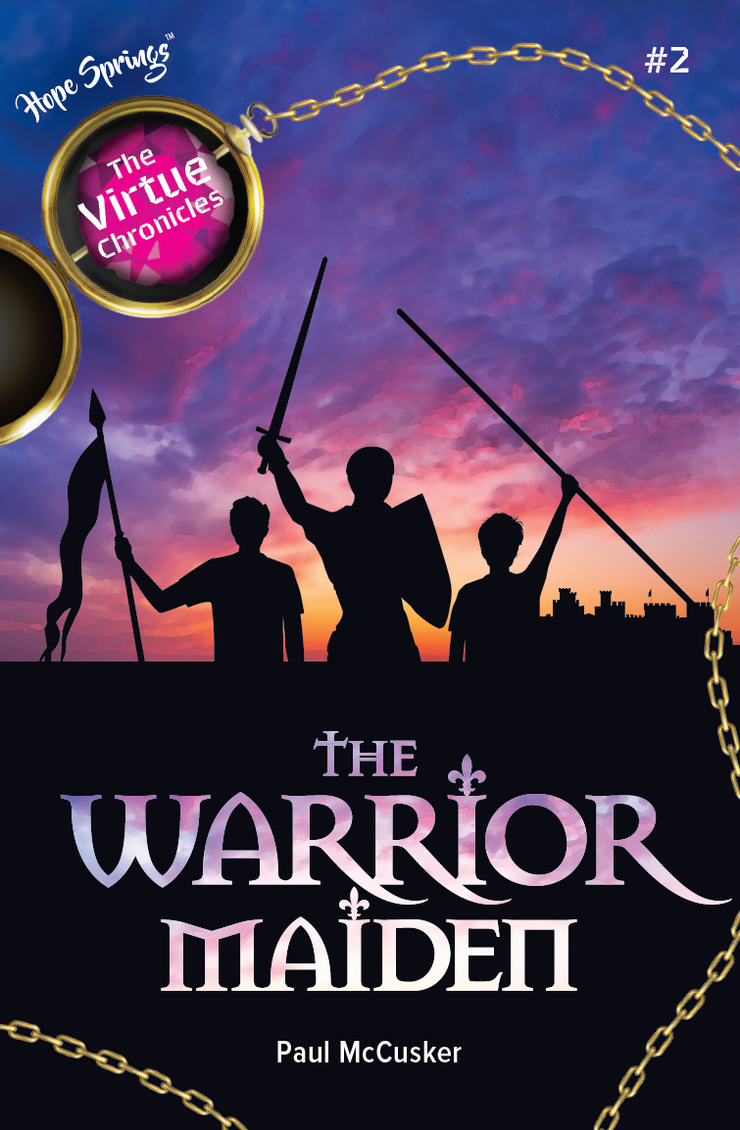