Andrew Perry likes history, but he never expected to experience it firsthand.

But that’s what happens when he meets the unusual Eve Virtue, a direct descendant of the explorer and entrepreneur Alfred Virtue. Eve has uncovered Alfred Virtue’s greatest secret: the mysterious Radiant Stone. Before Andrew knows it, the two of them are in twelfth-century England, caught up in the adventures of the saintly outlaw Robin Hood.

The Virtue Chronicles follows the time-traveling adventures of Andrew Perry and Eve Virtue, as they use the ancient Radiant Stone to encounter the great people and events of history. Their adventures in the past also trigger mysteries in the present, as they learn more and more about the work of secretive explorer Alfred Virtue. Part of the world of Hope Springs, The Virtue Chronicles series is written for 10-to-12 year-olds (though readers of all ages will enjoy the stories).

Paul McCusker is an American writer most widely known for Adventures in Odyssey, but he has worked on many other types of writing projects: novels, plays, musicals, radio dramas, and movie scripts. Paul now writes for the Augustine Institute Radio Theatre productions and the Publishing Department. He is a convert to Catholicism, and he lives in Colorado Springs, Colorado, with his wife and children. 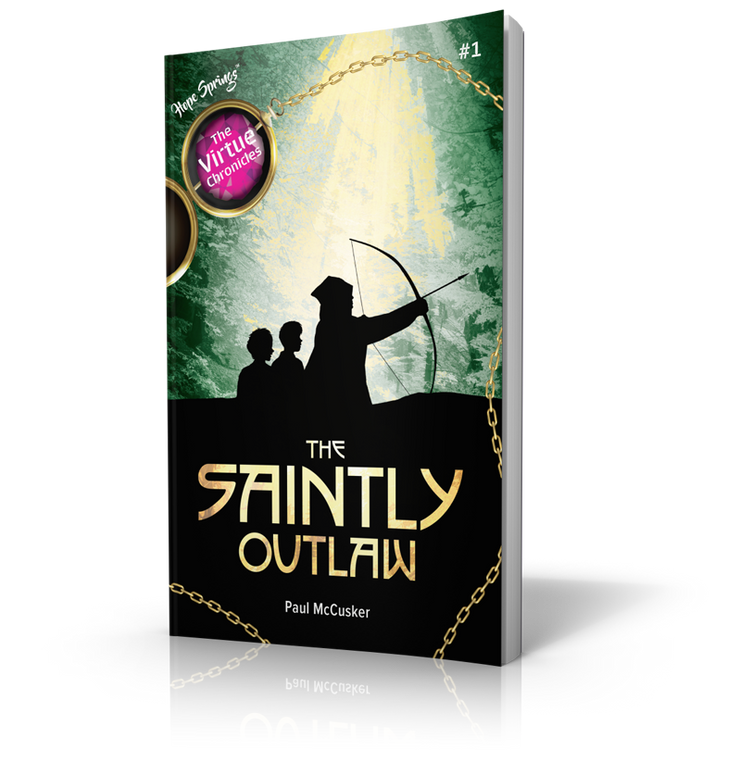