Virgin of the Angels (also known as Song of the Angels) depicts the peaceful Mary and baby Jesus asleep, surrounded by nature, as three angels play them a lullaby. All the figures are painted with beautiful, ethereal, perfection. The three angels in Vierge Aux Anges are also a foreshadowing of the nature of the Holy Trinity. 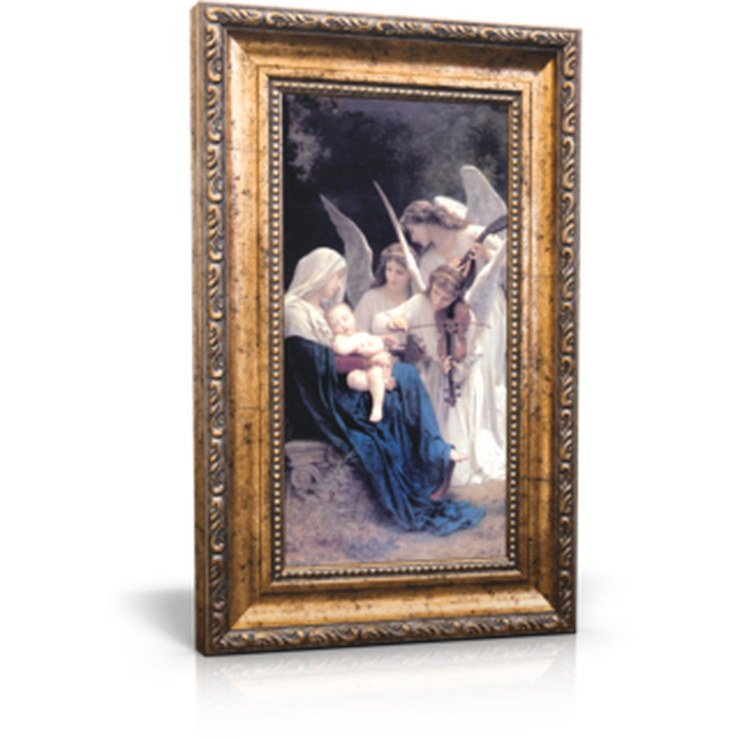