The Divine Mercy image by Eugene Kazimirowski in Vilnius (commonly known simply as “the Vilnius image”) was painted under the supervision of St. Faustina Kowalska and her confessor, Bl. Fr. Michael Sopoćko. The image was venerated publicly for the first time in 1935 during the closing celebration of the 1900th Jubilee of Redemption.

Eugene Kazimirowski (1873–1939) was a Polish Realistic painter, best known for painting the first Divine Mercy painting in 1934 based on the request of St. Faustina Kowalska and her confessor Ven. Fr. Michael Sopocko. Kazimierowski studied at the Kraków Academy of Fine Arts and continued his studies in Munich, Paris, and Rome. After World War I, he moved from Kraków to Wilno. He taught at the Wilno Teacher Seminary and decorated theaters in Wilno. He painted mostly landscapes and portraits. In 1936, Kazimierowski moved to Białystok, where he encouraged tourism. He died in 1939; most of his works were lost in World War II. 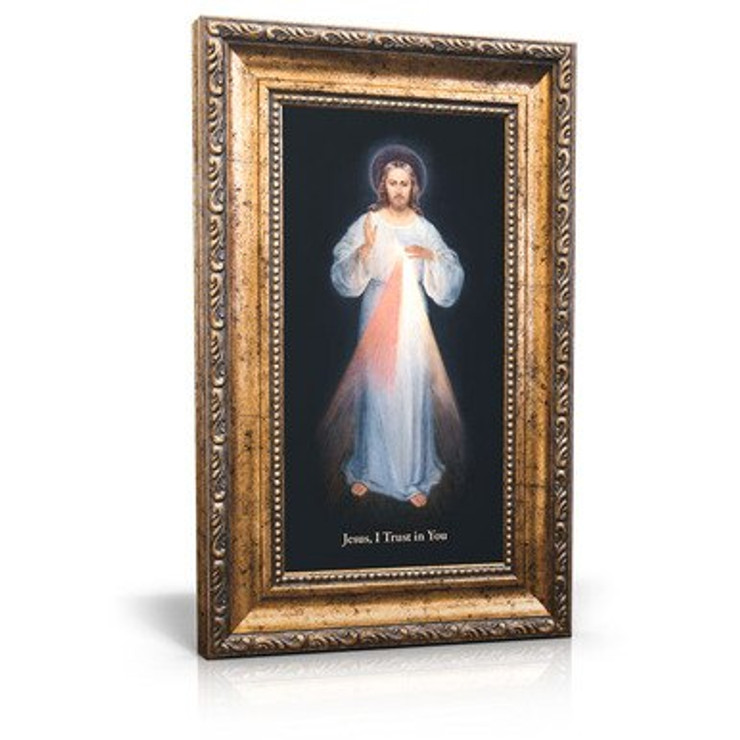