The Virgin with Angels (also known as Queen of Angels) is one of William’s most iconic paintings. The image depicts the Virgin Mary holding Jesus while seated on a heavenly throne with angels adoring and praising the baby.

The focus on details that William gave to each angel and the charming manner the painting was put together gave the painting a great longevity. The Virgin with Angels painting stands out among other William’s painting because of the high-level artistic techniques he used in the painting. The use of golden and white colors shows the purity of the individual in the painting and their command of authority. 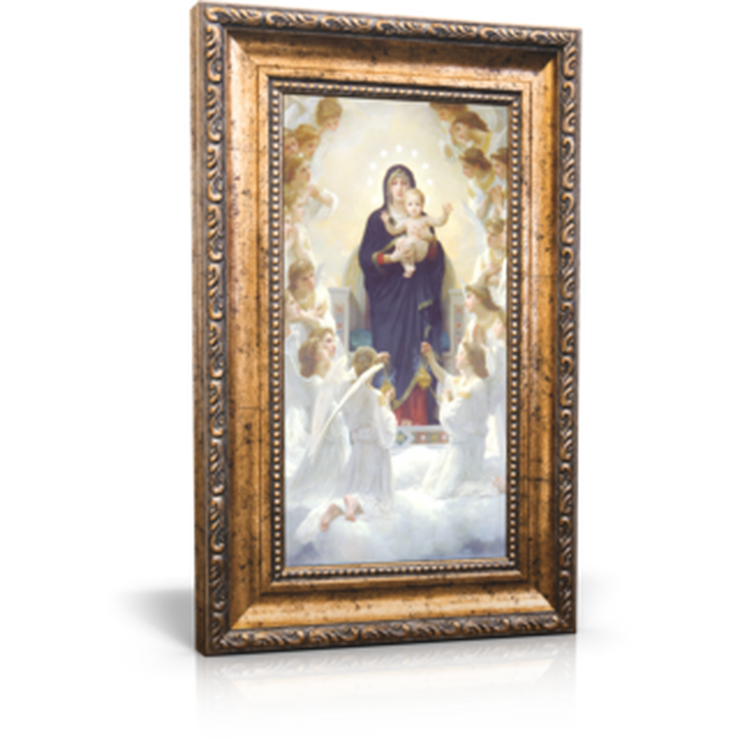