The Madonna of the Lilies depicts Mary as a seated figure, a pose which has been favoured in religious iconography since the fifteenth century. The child is lovingly supported by his mother while his arms reach out to the viewer. White lilies placed around her throne symbolise chastity and purity. This beautiful depiction in the Realism style is full of life and movement, drawing your eye instantly to the young mother holding her babe. 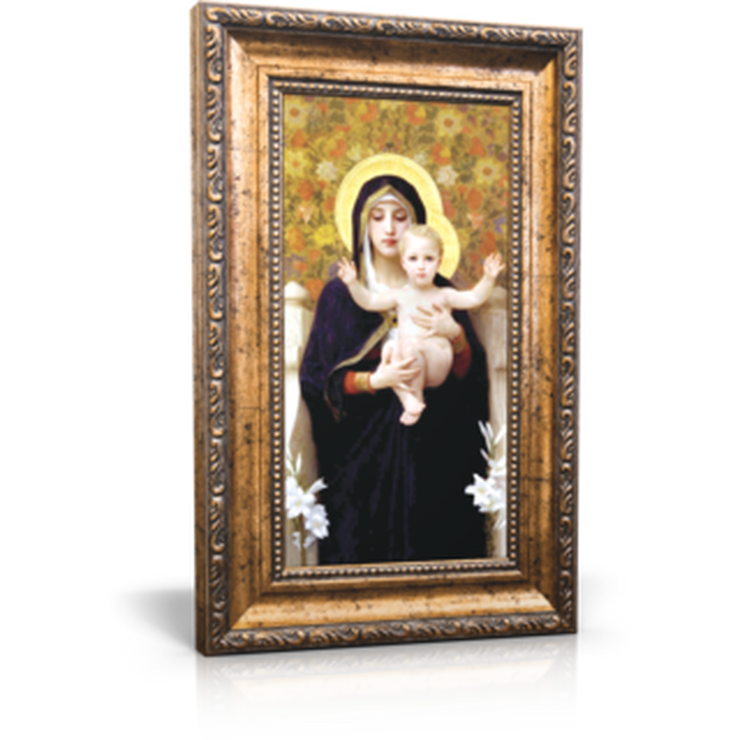