Saint John Henry Newman was one of the most beloved and well-known preachers of his time. Originally an Anglican priest, Newman converted to Catholicism and became a Catholic priest and cardinal. Known for his beautiful prose and exultant preaching, Newman has long been a source of inspiration for those in the Church. In this new and compact compilation of his sermons, you’re invited to journey with Saint John Henry Newman through Advent into Christmas and Epiphany, meditating on the coming of Christ and the Christian life. Newman’s masterful knowledge of the lives of the saints, Catholic doctrine, and, above all, Sacred Scripture, will help you immerse yourself in these liturgical seasons of waiting, wondering, and joy.

These beautiful meditations guide you through reflections on:

• Preparing for the Lord’s coming at Christmas and the end of time
• Our dependence upon the Lord’s goodness
• What happens when we do not seek truth
• Mary’s role in salvation history
• God’s call for each and every one of us to holiness
• Glorifying God in the world
• True joy
• Martyrdom, affliction, and consolation
• Love as the one thing needful

Waiting for Christ provides an opportunity to spend a few minutes with St. John Henry Newman and Christ every day of the Advent and Christmas seasons, preparing for the coming of the Lord.

Praise for Waiting for Christ

“Daily meditation and prayer, much as one spends time with a friend, is an essential practice for any person who desires to have Jesus as an intimate companion. This wonderful selection of Newman’s meditations enables us to draw close to Christ as we await his Nativity each year, that he may recognize us when he returns in glory.”

“Newman was a prolific and accomplished writer in many and varied genres, but I have always believed that his voice can best be heard through his sermons. Christopher Blum has captured that sweet voice by giving us a rich selection of Newman’s very best sermons for Advent and Christmas to accompany us through these graced seasons.”

– The Most Reverend James D. Conley, STL, Bishop of Lincoln

“These passages are superbly selected, showing that Newman’s is not simply a voice from the past, but one that speaks to the needs of faith in our day. And the peculiar quality of Newman’s voice is how easily he slips into the background to leave us thinking only of Christ, so that the heart of Christ speaks to our hearts through Newman’s words. This book invites us to spend a few minutes each day with a man of eloquence and holiness—and to be left, not with an impression of Newman, but with a longing for Christ that makes us more ready to welcome him, both in the great feast of Christmas and in the ordinary details of each day.”

St. John Henry Newman was born in England in 1801. He spent his early adult life as an Anglican priest and academic. Involved in what was known as the Oxford Movement, a movement within Anglicanism that supported the return to some Catholic beliefs and liturgical reform, he later left the Church of England. He converted to Catholicism, was ordained a Catholic priest, and years later was made a cardinal. Newman was widely known as a powerful preacher before and after his conversion to Catholicism, and was an extremely prolific author, writing sermons, essays, poetry, hymns, and an autobiography. He died in 1890 and was beatified by Pope Benedict XVI in 2010 and canonized by Pope Francis in 2019. 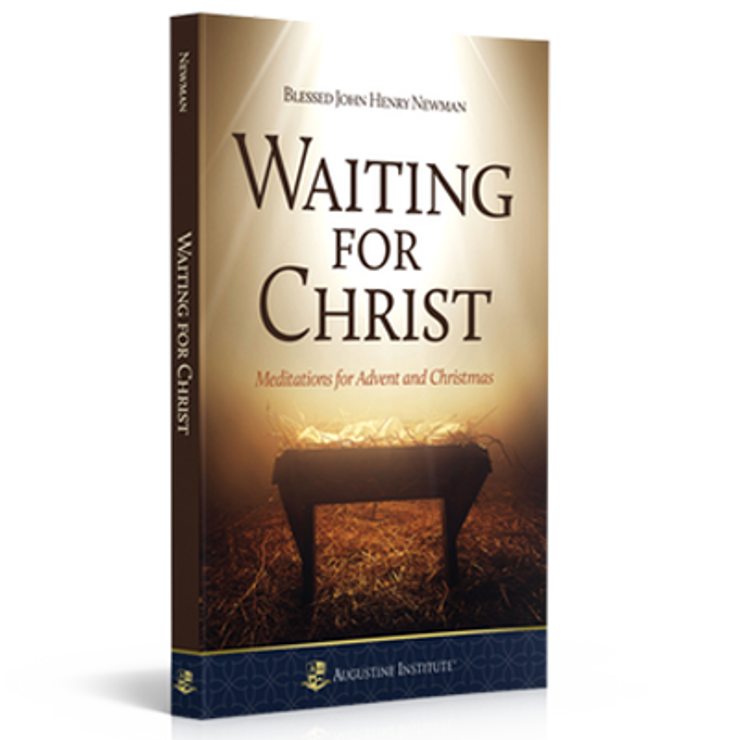