Book #1 in The Adventures of Nick & Sam!

The end of summer means two things for the twins Nicholas and Samantha. First, pack in a lot of fun before school starts. Second, get presents for their birthday.

But this year has its share of trouble when Nick and Sam get caught sneaking peeks at their hidden presents. And that's just the start! Later, Nick turns a family hike into a stinky event. Sam discovers just how dangerous disobedience can be. And an unwise buying spree leads to more problems than Nick could imagine.

Will the twins be able to celebrate their birthday this year?

Nicolas (Nick) and Samantha (Sam) Perry are twins in the Perry family. They moved with their parents, their brother Andrew, and their sister Lizzy, to Hope Springs in the summer. Hope Springs is a fictional town in the mountains of Colorado, the setting of the Hope Springs series. Hope Springs is a multi-faceted series of stories that explores living the Catholic faith in the modern world. This series presents the adventures of the twins, their family, their friends, and the people they encounter at school, church, and in town. This series presents Catholic culture easily and normally, and provides opportunities for readers to think about the consequences of words and actions. Centered around the Perry family, Hope Springs was introduced as short stories in the Signs of Grace catechetical workbooks and now includes novels for First Readers (ages 7+) under the banner The Adventures Of Nick & Sam. The world of Hope Springs also appears in the grown-up novel Blue Christmas. The likeable and engaging characters reflect the sensibilities and struggles of being Catholic in the quirky small town of Hope Springs, playing out their faith at the St. Clare of Assisi Catholic Church and School, with their neighborhood friends and adversaries, and in the many adventures that makes the teachings of the Church come alive. This series is written similarly to the Adventures in Odyssey series and the Magic Tree House Series, and is recommended for readers ages seven and up, but can also be read by parents to younger children. 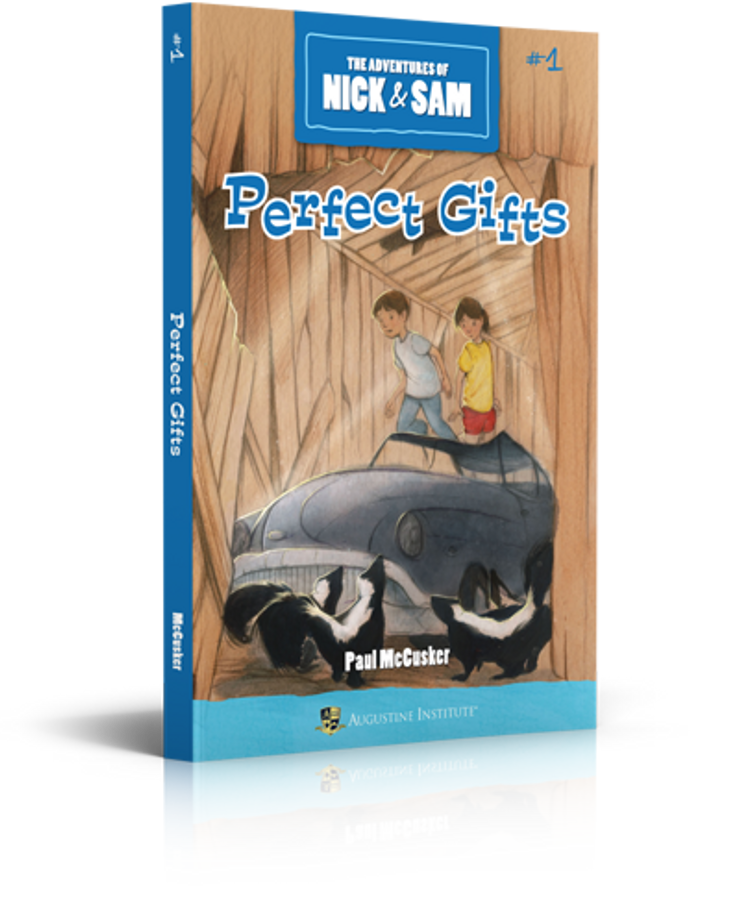