How do you fight for justice when the laws are unjust?

Where are the lines between a righteous cause and revenge?

The child of a reputable family and a faithful son of the Church, Robert of Locksley had no intention of becoming an outlaw. But the relentless cruelty and tyranny by the elite nobility of England demanded that someone rise up for the oppressed. And so Robert of Locksley became Robin Hood—a man thrown into a fierce struggle to balance his deep faith with a call to action in a violent and unjust age.

Featuring over sixty actors, cinematic sound, and original music, The Legends of Robin Hood is an exciting twelve-part audio drama from the award-winning Augustine Institute. Bold and inspiring, the Augustine Institute’s audio dramas take storytelling to a whole new level of sound that quickens the imagination and inspires the heart.


This 6-CD set includes a discussion guide that will help you discuss major concepts and themes from this unforgettable audio drama. 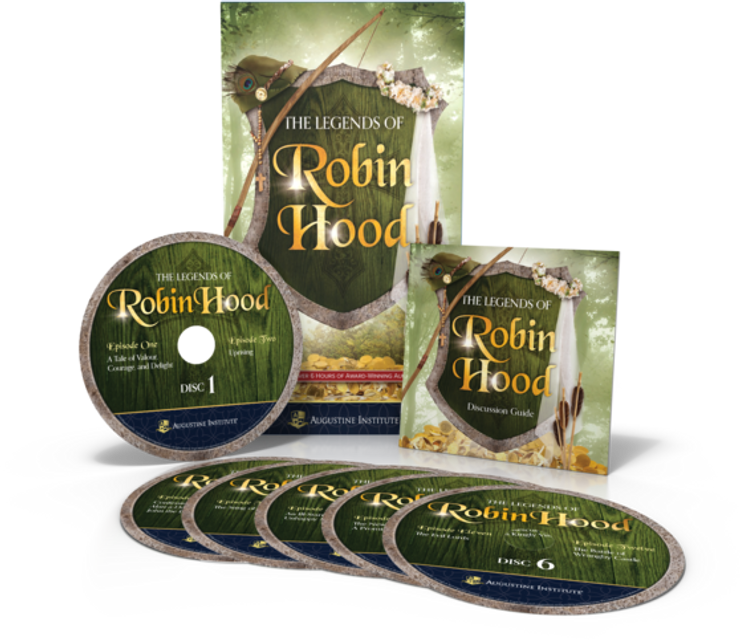