"John, one of the four Evangelist, holds the Gospel that is credited to him. If you look closely you will see the cover of the gospel displaying the traditional symbol representing John, a soaring eagle. The imagery is taken from the book of Revelation, where John records what he has seen in a vision of God’s heavenly throne:

This particular icon resides on the Royal Doors inside Holy Protection of the Mother of God Byzantine Catholic Church in Denver, Colorado.

*Please note that your order is fulfilled by Printful on museum-quality matte paper. Images will arrive in a mailing tube and will need to be flattened out and framed as desired. The cropping of all images is completed by me and may vary from size to size. As such, your print may appear slightly different than the image posted here." 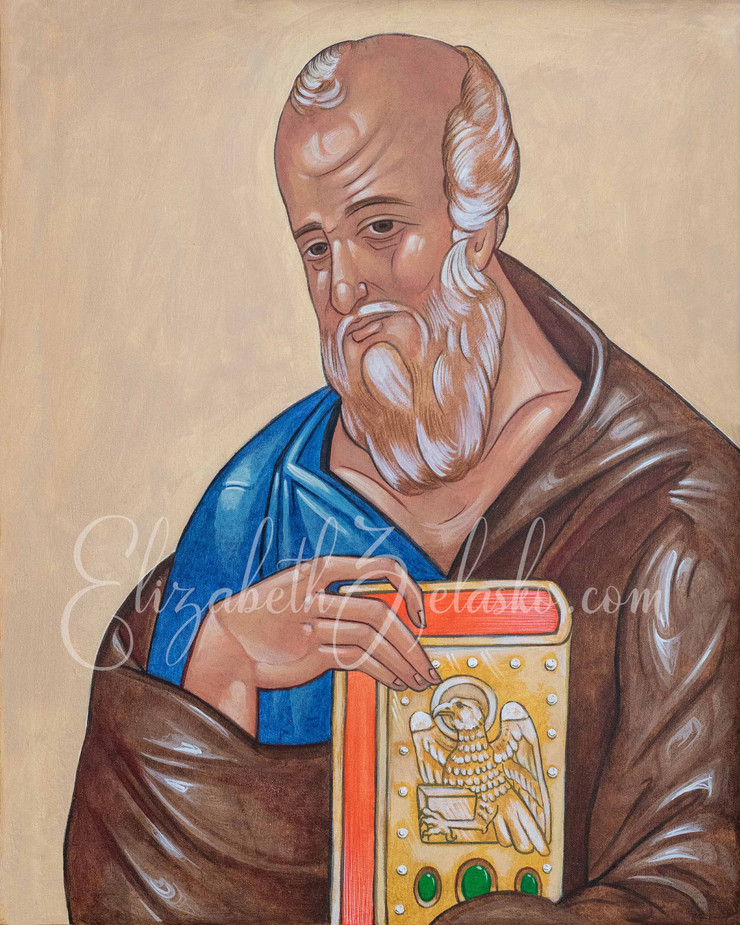 Searching the Scriptures: The Gospel of John (CD)