Growing up in a poor family in Italy, Padre Pio faced numerous health issues. He had a deep spirituality and decided at age 5 that he would dedicate his life to God. When he entered the Capuchin friars at age 15, he chose the name Pio after Pope Pius I - whose relic he often saw at his local chapel.

One day, while praying, he felt pain in his hands and feet, and saw the stigmata, the wounds of Christ, forming. The wounds bled and continued to weep but never became infected and smelled of roses. This miracle gained him a lot of unwanted popularity which he used for good to open a hospital.

Padre Pio was most known for his piety, charity, and the quality of his preaching. Wear these socks and let Padre Pio remind you of his popular expression to "Pray, hope, and don't worry." 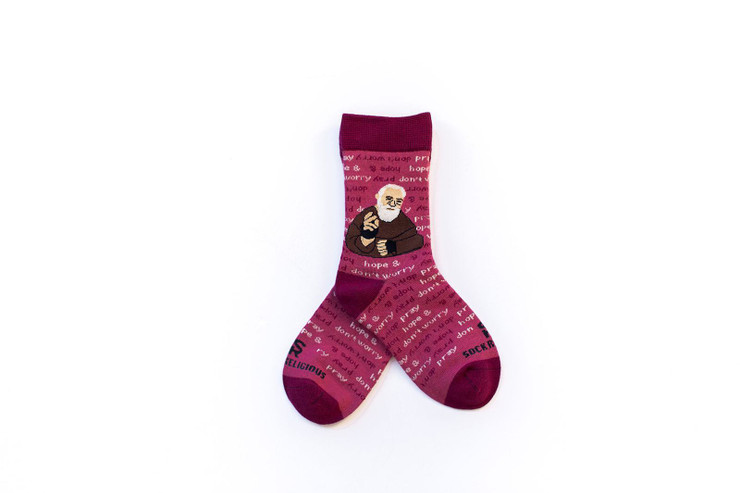