St. Catherine of Siena was born in Siena, Italy and at the age of 21 had a mystical marriage to Christ in which she claimed he gave her a ring (invisible to others). In the vision she was ordered to serve the sick and the poor. Quickly, she gained followers.

She also became involved in political affairs and began dictating letters to scribes, playing a large role in persuading the Pope in Avignon to return to Rome. Her letters to him had a childlike warmth and intimacy as she called him “Babbo” (daddy in Italian). In 1970 she was declared a Doctor of the Church for her many contributions.

Wear these socks and remember one of St. Catherine of Siena's most well-known quotes (on the bottom of this sock) - "If you are what you ought to be, you will set the whole world on fire." 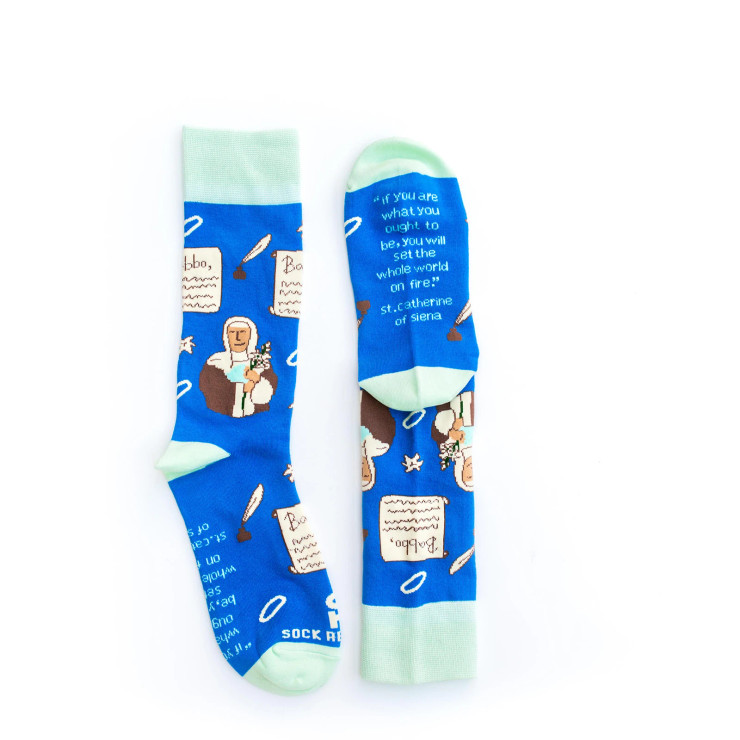