Innocent! That final verdict came after George Cardinal Pell endured a grueling four years of accusations, investigations, trials, public humiliations, and more than a year of imprisonment after being convicted by an Australian court of a crime he did not commit.

Led off to jail in handcuffs, following his sentencing on March 13, 2019, the 78-year-old Australian prelate began what was meant to be six years in jail for "historical sexual assault offenses”. Cardinal Pell endured more than thirteen months in solitary confinement, before the Australian High Court voted 7-0 to overturn his original convictions. His victory over injustice was not just personal, but one for the entire Catholic Church.

Bearing no ill will toward his accusers, judges, prison workers, journalists, and those harboring and expressing hatred for him, the cardinal used his time in prison as a kind of "extended retreat". He eloquently filled notebook pages with his spiritual insights, prison experiences, and personal reflections on current events both inside and outside the Church, as well as moving prayers.

“Cardinal Pell is a superb writer and an articulate witness to an inexcusable abuse of law, but also to the triumph of God’s grace. His journal is a marvel." —Charles Chaput, Archbishop Emeritus of Philadelphia

“Like St. Thomas More and St. John Fisher, Cardinal Pell took his stand on the truth, confident that the truth is liberating in the deepest meaning of human freedom. This journal illustrates that liberation in a luminous way.” —George Weigel, from the Introduction

“Jesus himself, Peter and Paul, Ignatius Loyola, Edmund Campion, Thomas More, Walter Ciszek, . . . Men of towering faith, whose hope was tested in jail. Now we can add to the litany Cardinal George Pell, a confessor of the faith, unjustly jailed but never defeated.” —Timothy Cardinal Dolan, Archbishop of New York

“A window into the soul of a man enduring the crucible of imprisonment, false accusation, loss of reputation. It’s astonishing what we see through that window: not bitterness and anger, but graciousness and forgiveness of his enemies. Read this luminous text to see what radical surrender to Christ looks like.” —Robert Barron, Auxiliary Bishop of Los Angeles; Creator & Host, Catholicism film series

George Cardinal Pell, formerly Archbishop of Sydney (2001–2014) and of Melbourne (1996–2001), Australia, was appointed in 2014 by Pope Francis as Prefect of the Secretariat for the Economy at the Vatican. He also served on Pope Francis' Council of Cardinals. Cardinal Pell received his DPhil in Theology from the University of Oxford. His previous books include Test Everything and Issues of Faith and Morals. 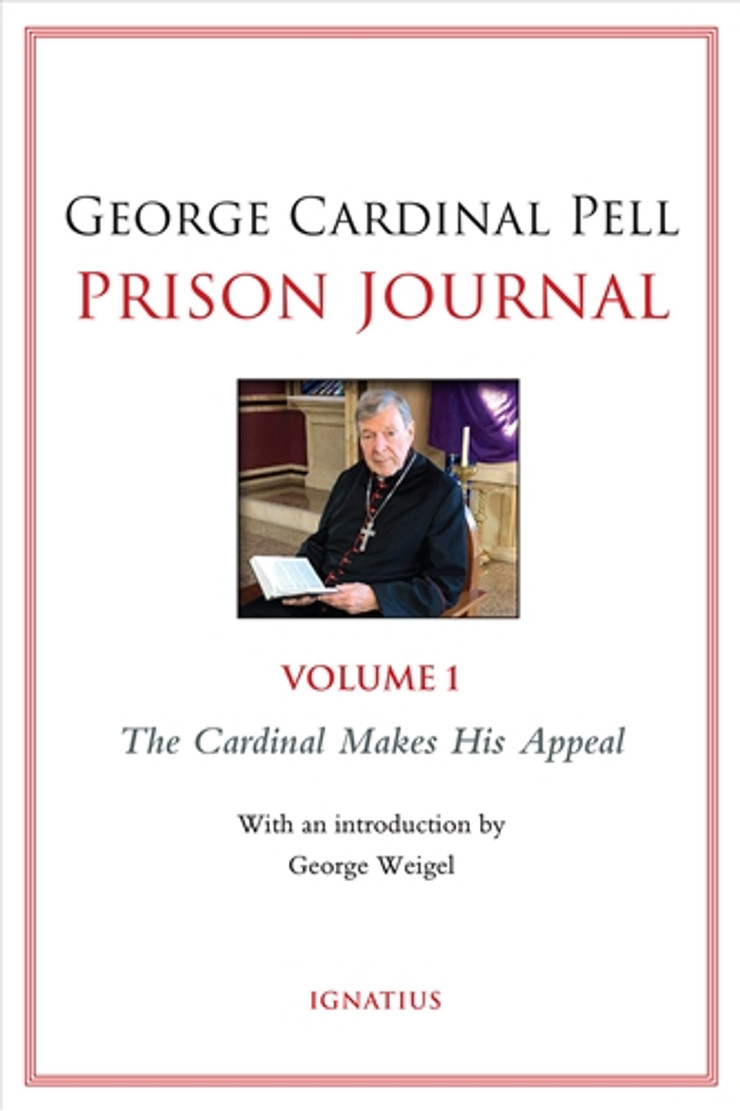