Book #4 in The Adventures of Nick & Sam!

In Trouble with Lent, the fourth book of The Adventures of Nick and Sam, the Perry twins are celebrating Lent at school, at church, and with their family.

The family discusses what they will be giving up for Lent, and Nick and Sam experience some struggles with their choices throughout the Lenten season. A new boy, Riley, joins their class. He's obsessed with Big Foot, and he and Nick get into some strange adventures seeking the famous creature. Sam enters the school spelling bee, and she struggles with temptation when someone tries to help her cheat. The kids learn about temptations, sacrifices, poverty, and the love of Jesus along the way.

The chapters follow along the calendar for the season of Lent and lead right into the joy of Easter Sunday. 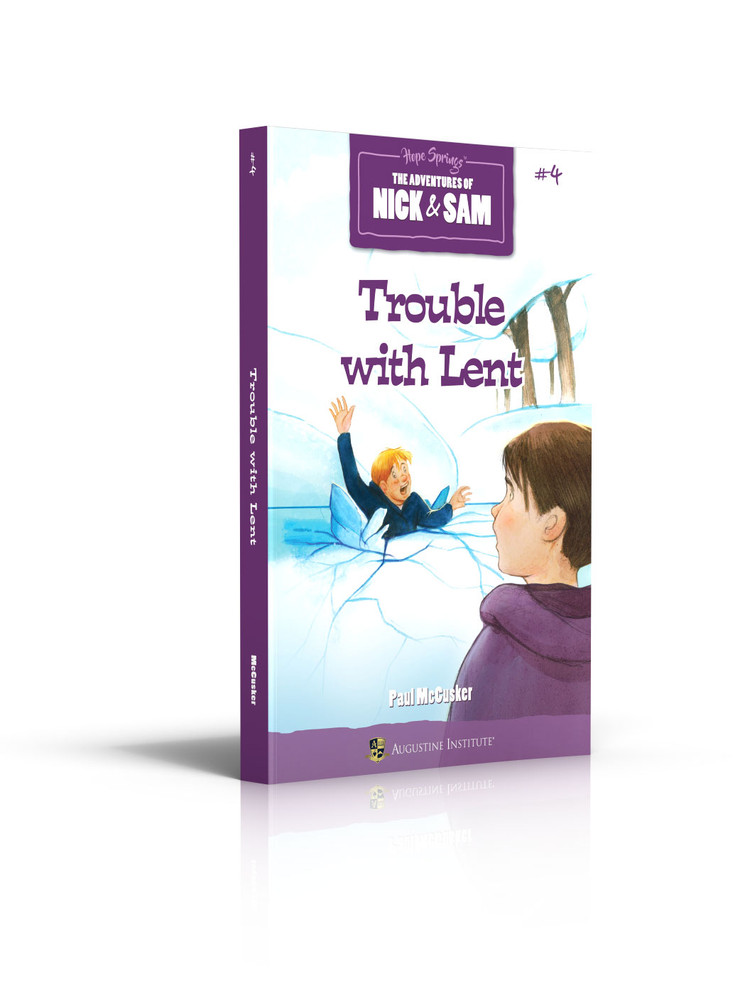