"Listen, Father Jerzy, today is September 14, your birthday. So if you are supposed to do something, this is the day!" So prayed Father Bernard Brien beside the bed of a dying man. As soon as the priest left the hospital room, the comatose patient opened his eyes and asked his wife what had happened. A few days later his medical team, after many tests, observed that his widespread cancer had completely disappeared. The doctors were astounded.

The miracle moved Father Brien to write this book about Blessed Jerzy Popieluszko, to make the twentieth-century martyr better known. He presents an intimate portrait of the courageous Polish priest who changed his life and that of countless others.

As the young and ardent chaplain of the Solidarity labor union, Father Popieluszko embodied the Polish people's resistance to Communism, and for this he was murdered in 1984, at the age of thirty-seven, by the Communist regime's security forces. Soon afterward Father Popieluszko was hailed as a martyr and a national hero, and his example inspired the Polish people to persevere in their struggle for political and religious freedom.

Father Popieluszko's witness of spiritual resistance, deeply rooted in the life of Christ, retains its relevance and urgency in the twenty-first century. The young Polish priest who stood up to Communist totalitarianism at the cost of his life will embolden those who resist tyranny and defend human dignity.

Fr. Bernard Brien is a parish priest and hospital chaplain in the diocese of Créteil, France.

"Blessed Jerzy Popieluszko is the late-twentieth-century's heroic exemplar of a priest accompanying his people in their deepest struggles, ennobling them with his presence and his evangelically charged message, and pouring out his life for the truths he preached. His priestly witness will inspire many in the twenty-first century to give themselves without reservation to the truth of the Gospel and its liberating power."
— George Weigel, Biographer of Pope Saint John Paul II

"Father Jerzy Popieluszko was a patriot, a prophet, and a heroic martyr for the Gospel. I have relied on his intercession for decades. His story will inspire any Catholic to be a confident and courageous witness to the truth about our humanity, our freedom, and our Lord, Jesus Christ."
— Most Reverend James Conley, Bishop of Lincoln, Nebraska 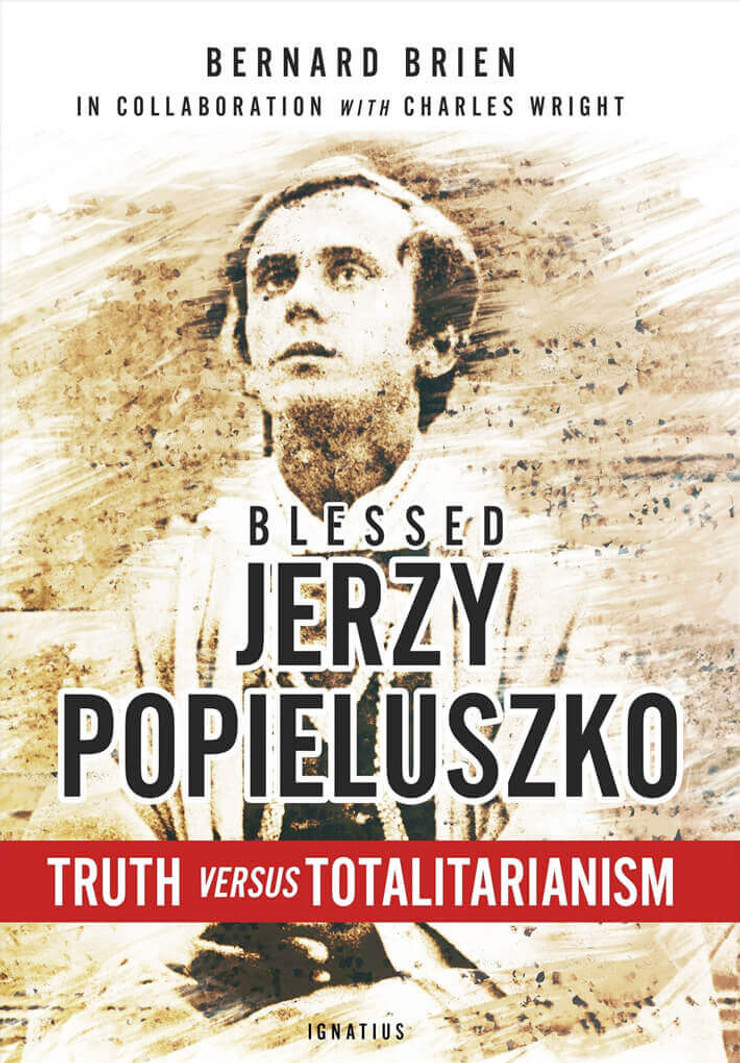 Blessed Candles for Your Home

Visits to the Blessed Sacrament