Sex and the Catholic Feminist 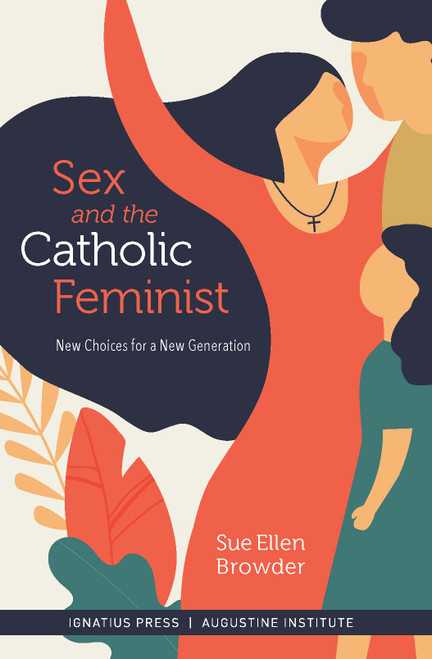 Sex and the Catholic Feminist

In Sex and the Catholic Feminist, Browder challenges the notion that you can’t be a feminist and believe in God. She echoes John Paul II’s call for Catholics to embody a “new feminism,” a radical new view of women’s dignity. Her goal in this book is to “follow one golden thread of feminism in America—the pro-life thread—to show why it has been ignored by the media and left out of public conversation for fifty years.” For Browder, the pro-life movement is about more than abortion and contraception; it’s about loving and respecting all human life.

While tracing the history of feminism in America, Browder discovered at the core of these various feminist movements a search for personhood. Where do women place their identity and find their fulfillment? Browder ultimately concludes that in our noisy, consumerist society, placing one’s identity anywhere other than in God will prove disappointing and unfulfilling.

“My hope is that some thoughts presented here will spark a new conversation and help heal one of the deepest political divisions in our nation.” —Sue Ellen Browder

“In her brilliant new book, Sex and the Catholic Feminist, Sue Ellen Browder traces the little-reported history of pro-life feminism and proposes that it is the authentic women’s movement of the twenty-first century. Together, she says, we can end abortion, strengthen families, end the scourge of pornography, and safeguard our future. Powerful stuff!”

Co-Host, The Catholic View for Women

“Sue Ellen Browder’s latest book is a tour de force. Told by an eyewitness to these troubled times, Browder’s work is a testament to the power of carefully constructed lies to corrupt a generation, but also a reminder that the truth can and will win the day. This is a must-read for anyone interested in the twentieth-century history of feminism, its manipulation by powerful men, and the exciting beginnings of the long road back to sanity.”

Author, The Abolition of Woman: How Radical Feminism Is Betraying Women

Sue Ellen Browder is a journalist and freelance writer, and a big figure in the pro-life movement. Formerly a pro-choice feminist, she is now a pro-life feminist. From the 1970s through the 1990s, Browder wrote articles for Cosmopolitan. She became Catholic at age 57.

How to Talk about Same Sex Marriage (CD)

Made for Love: Same-Sex Attractions and the Catholic Church (Paperbook)

How to Talk about Same Sex Marriage (MP3)

Mercy: What Every Catholic Should Know (Paperback)

Being Catholic: What Every Catholic Should Know (Hardcover)

Men, Women, and the Mystery of Love (Paperback)

Our Lady of Grace Socks