The Propers of the Mass book contains English chant settings for the Entrance and Communion Antiphons given in The Roman Missal (2010) as well as suggestions for the Offertory Antiphons, following the pattern of the Graduale Romanum (1974).

Ordination and nuptial Masses are also included, as well as the Asperges me and Vidi aquam. The Gloria Patri is given in the eight Gregorian tones, solemn and simple.

"I highly recommend this new English Gradual to anyone who wants to sing the proper antiphons on a regular basis and is looking for very accessible, yet most beautiful chant in the vernacular. We cannot thank Fr. Samuel Weber enough for all his hard work, a true labor of love and dedication to liturgy and the Church. I am most confident that this new Gradual will become a standard work and hopefully find a home in many parishes."
- Dr. Horz Buchholz, Director of Sacred Music Cathedral Basilica of Saint Louis, St. Louis, MO

"Fr. Samuel Weber has performed an outstanding service to the liturgy of the English-speaking world. He has taken the antiphons of the new English translation of the RomanMissal and provided musical settings for them that are accessible to both parishes and choirs of various levels. In doing so, he has enabled the Catholic faithful to encounter the word of God in an English context that has been inaccessible to them for far too long. The Church has, for centuries, used these antiphons in Latin for her official worship, and now Fr. Weber has made that possible in English as well."

"Fr. Weber has made a quite remarkable contribution to the handing down of the Tradition-in the midst of the Church-in medio ecclesiae. May this collection serve the Church's liturgy, her 'source and summit' in numerous ways, some of which will be known only in eternity." - Rev. Kurt Belsole, O.S.B., Director of Liturgical Formation Pontifical North American College, Vatican City

The Proper of the Mass for Sundays and Solemnities (Hardcover) 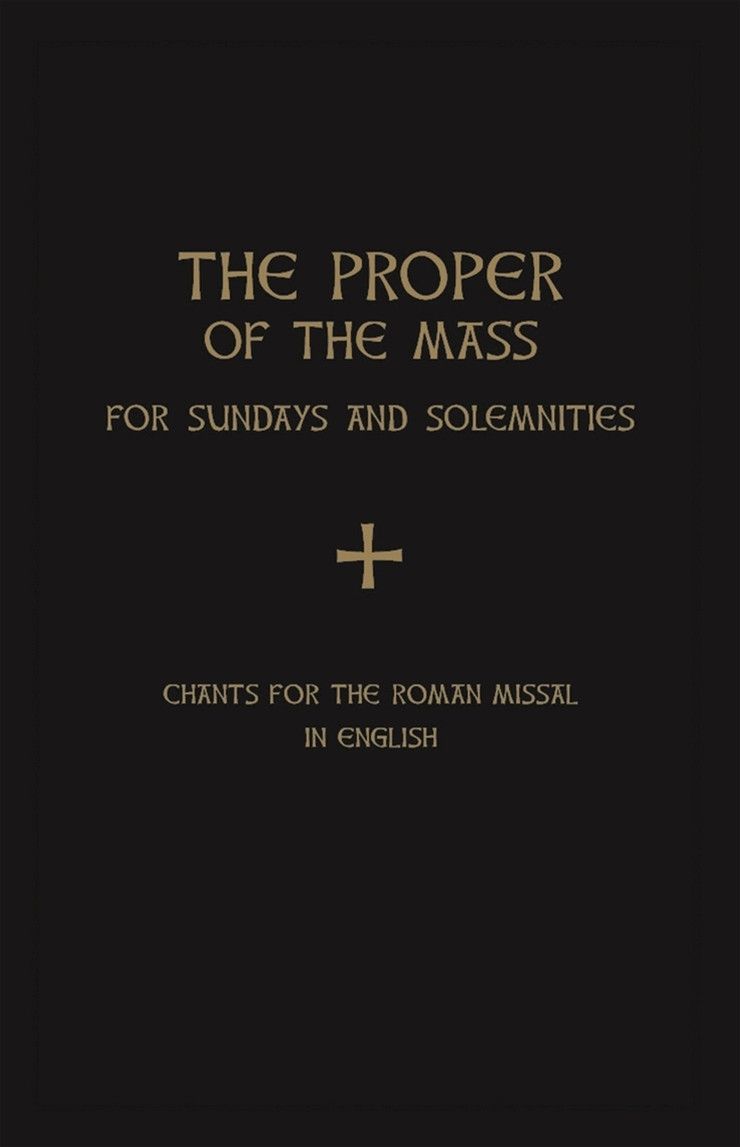 The Proper of the Mass for Sundays and Solemnities (Hardcover)