"Moving and delightful, the reminiscences in Not Forgotten prove once more that George Weigel has not only a mind of the very first order, but the heart to match."
— Mary Eberstadt, Author, Primal Screams: How the Sexual Revolution Created Identity Politics

"These sketches—most of them brief and, by turns, elegiac, celebratory, or bemused—serve as a kind of catalogue of recent intellectual history, Catholic and otherwise, in America and elsewhere. It’s a book for dipping into, assuming you can put it down. "
— Andrew Ferguson, Contributing writer, The Atlantic; Author, Land of Lincoln

The world is full of interesting people, and it has been George Weigel's good fortune to have known many such personalities in a variety of fields: politics, religion, the arts and sciences, journalism, the academy, entertainment, and sports.

In this collection of reminiscences and elegies, the best-selling author of the definitive biography of Pope Saint John Paul II remembers these men and women from inside the convictions that formed them.

Whether he is sketching the lives of Nobel Prize–winning scientists, major league baseball managers, princes of the Church, television personalities, or history-making political leaders, Weigel tries to understand, and help readers understand, the deep truths of the human condition illuminated by each of these not-forgotten lives.

Written with verve, insight, and an appreciation for the consequential lives that have touched his own, Not Forgotten fills out the autobiographical portrait that George Weigel began painting in Lessons in Hope: My Unexpected Life with Saint John Paul II, while offering a backstage view of some of the men and women who have shaped the turbulent history of our times.

Not Forgotten: Elegies for, and Reminiscences of, a Diverse Cast of Characters, Most of Them Admirable 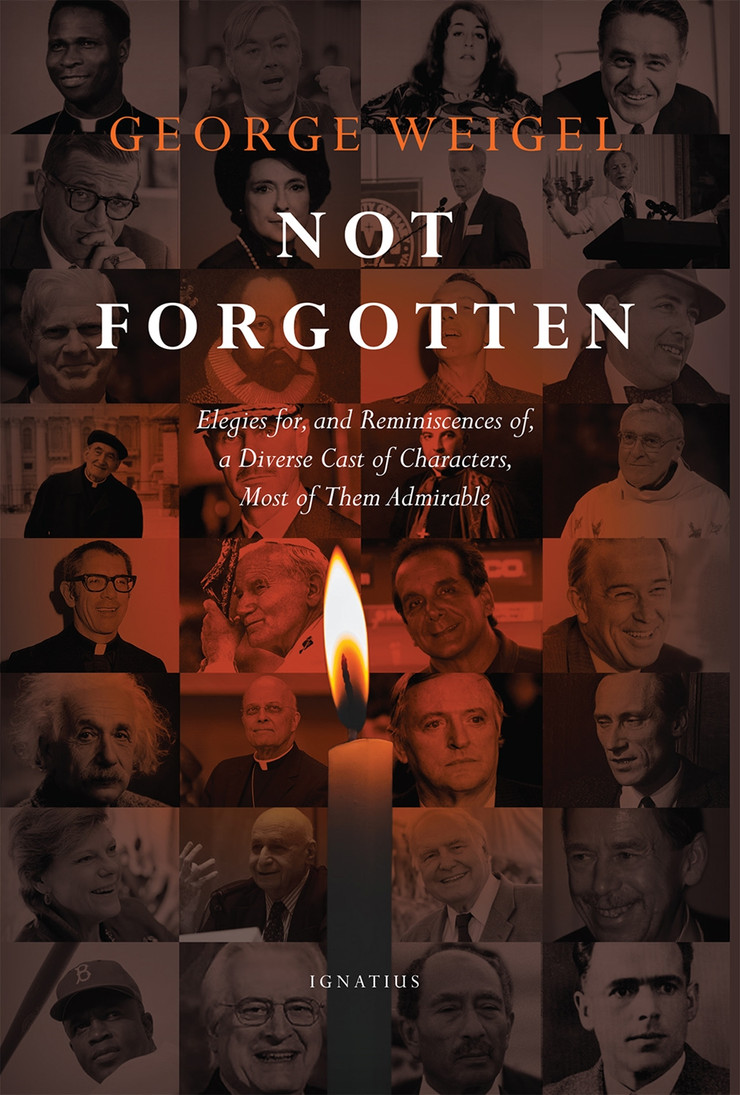 Not Forgotten: Elegies for, and Reminiscences of, a Diverse Cast of Characters, Most of Them Admirable

After Suicide: There's Hope for Them and For You (Paperback)