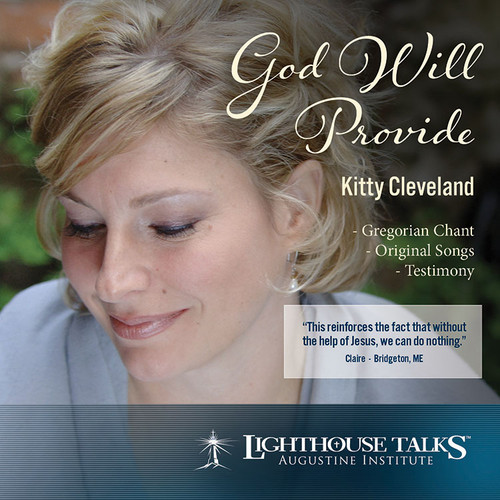 In this Lighthouse Talk, Kitty Cleveland gives a stirring testimony which takes us all the way to the U.S. Supreme Court. Kitty has appeared five times as a guest on EWTN's "Life on the Rock" television series; her music is being used in their new television series "The Faithful Traveler"; and she has appeared in concert and as a keynote speaker throughout the world. Following her presentation are nine songs, including three inspiring original recordings.

The Face of God (CD)

Proofs for the Existence of God (CD)

Giving God the Love We Should (CD)

Glimpses Along The Way of the Cross (CD)

God of My Past, God of My Future (CD)

God's Family and Ours: The Church and the Trinity (CD)

Getting Others to Heaven (CD)

How to Bring Fallen Away Catholics Back to the Church (CD)