Dr. Bernard Nathanson was an American medical doctor from New York who helped to found the National Abortion Rights Action League, but then later became an acclaimed pro-life activist. He gained national attention by becoming one of the founding members of the National Abortion Rights Action League, now known as NARAL Pro-Choice America. He worked with Betty Friedan and others for the legalization of abortion in the United States. He was also for a time the director of the Center for Reproductive and Sexual Health New York's largest abortion clinic. Nathanson has written that he was responsible for more than 75,000 abortions throughout his pro-choice career. In this Lighthouse Talk, listen to the amazing conversion of Dr. Nathanson.

Aborting America: The Story of an Ex-Abortionist and Ex-Atheist (CD) 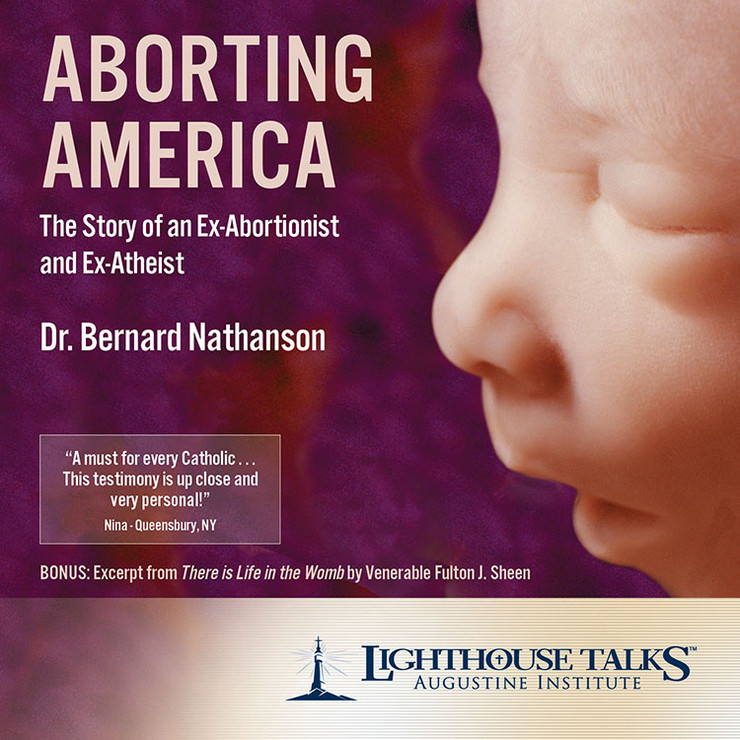 Aborting America: The Story of an Ex-Abortionist and Ex-Atheist (CD)

Life-Changing Stories of the Eucharist (CD)

Following the Call of Christ: Biblical Stories of Conversion (CD)

Remembering Our Story: Evangelization in America During the 19th Century (CD)

Aborting America: The Story of an Ex-Abortionist and Ex-Atheist (MP3)