While mankind has many difficulties and struggles in this world, the chief among them is death. We try to hide death, to hide from it, ignore it, avoid it, defy it, delay it, and even conquer it. All to no avail. Death remains with us, and it numbers our days.

How do we understand and prepare for this reality we cannot escape?

Eternal Rest presents the Church’s teaching about death and God’s response to it with wisdom and truth, gentleness and compassion, so that participants may think about and prepare for death in the light of Jesus Christ, the Author of life.

From the discussion about why there is such a thing as death and what happens to the soul after death, to how we can prepare ourselves well for our own death and what the Church calls the living to do after someone has died, the focus of Eternal Rest is a steady gaze on the promises of Jesus Christ. Such concentration on him gives encouragement to the grieving, endurance to the sick and dying, and a refreshed longing for the fulfillment of the Christian hope of the resurrection to all mortals living with the awareness of their mortality.

The Eternal Rest program is composed of the following sessions:

Session 1: The Story of Death

Where did death come from? What does death mean for the human person? Is it simply just part of life, or is it something else? In this first session, we discuss the story of death and God’s response to it: defeating death by dying and rising from the dead.

What happens after the moment of our death? Once the soul has been separated from the body, then what? What is the judgment? What is the difference between the particular judgment and the general judgment? What is heaven, hell, and purgatory? This session looks at the truth about what awaits the human person on the other side of death.

Session 3: The Hour of Our Death

The Sacrament of the Anointing of the Sick is one of the seven sacraments of the Church. But whom exactly is this sacrament for? What are its effects? In this session, we take a closer look at this beautiful sacrament and discover the role of this sacramental anointing in the spiritual struggle during serious illness, in the final stages of our temporal life, and at the hour of our death.

What is left for the living to do after someone dies? In this session, we talk about the final ways in which those still living on earth care for the body and soul of the dead. We discuss the work that remains for the living to do as we grieve for the deceased and as we turn to the work of preparing for our own death, and the hope in which we live and die as Christians. 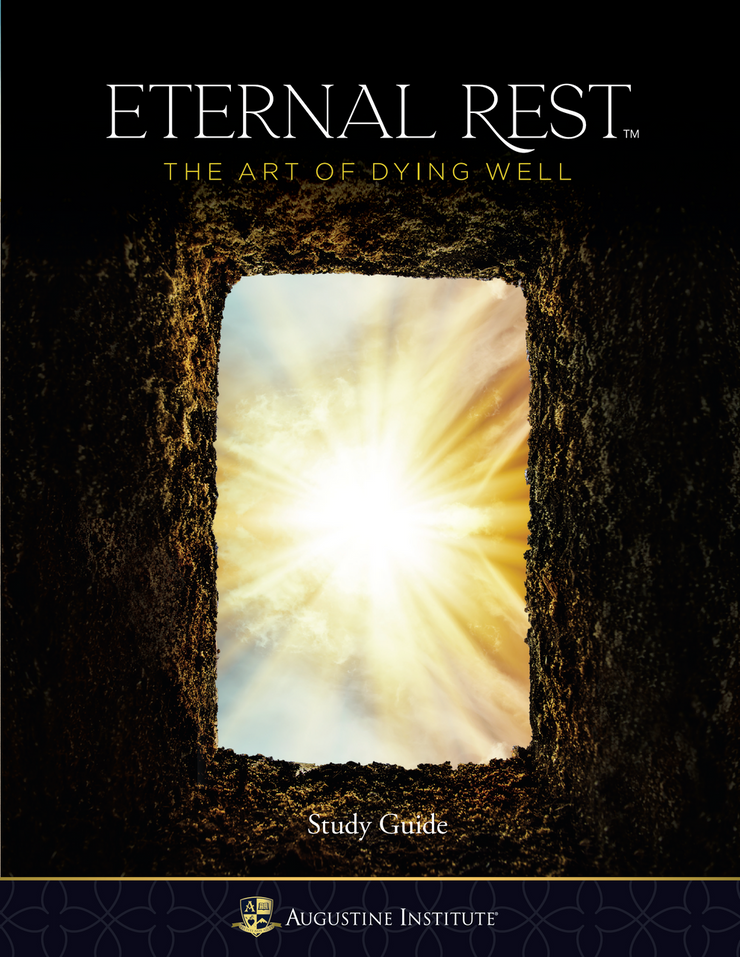