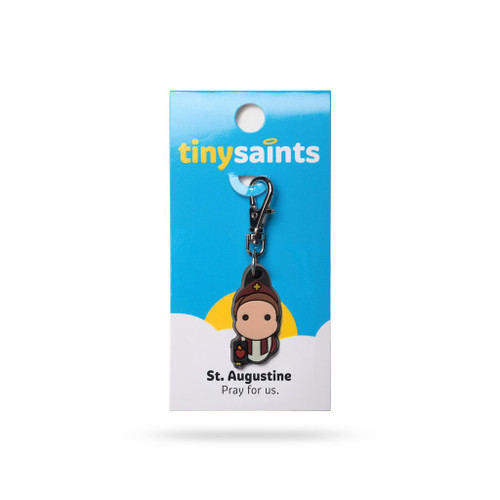 Augustine was born in 354 A.D. in North Africa. He lived much of his life partying and spending wealth. But in time, through prayer, reflection and study, Augustine admitted his mistakes and wrote to God these words: "Restless is our heart until it rests in you." He eventually became a priest and bishop and shared the story of his conversion in an infamous autobiography called Confessions. Augustine wrote more than 200 other books and nearly a thousand sermons and letters.

Our Lady of Lourdes Charm